Supporting People Affected by the War in Ukraine

From the onset of the war in Ukraine, the Hungarian Unitarian Church and Providence (Gondviselés), its charity organization, have responded to the needs of refugees and internally displaced people in Ukraine. Below you will find the summary of their activities during the first month of the war and the development of their charity work in recent weeks (23 March - 17 April 2022). Donations to IWC's second round of fundraising effort will supply further assistance to families fleeing the war in Ukraine. We ask you to join our call for action to help ensure that women and children fleeing war in Ukraine know they are not alone at the most perilous moment of their lives. Please donate to this vital appeal so that Providence can provide lifesaving support to the most vulnerable, caught up in the deadly conflict.

On 26 February, two days after after the initial Russian invasion of Ukraine, a fundraising appeal was launched to individuals, congregations, and  private companies. We would like to take this opportunity to thank all who have contributed directly to us or through other fundraising campaigns. The total amount raised by 17 April has reached $111,872. Most donations came from the Unitarian Universalist Association (UUA), the International Convocation of Unitarian Universalist Women (IWC), and other donors in the United States.

Our first shipment ($13,100) arrived in Transcarpathia (Southwest Ukraine) on 19 March. The next shipment – totaling $16,410 and consisting of non-perishable food items and equipment for refugee shelters – is scheduled to leave on 20 April.  The leaders of the Transcarpathian Reformed (Calvinist) Church will be at the receiving end, making sure that the donations get distributed to shelters hosting internally displaced people in Ukraine. 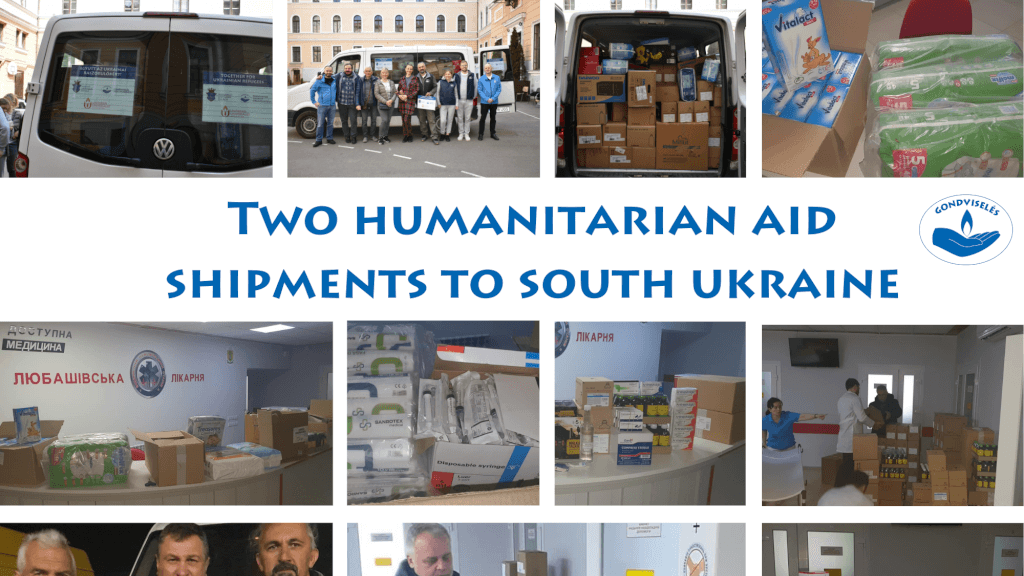 Several refugee families from Odessa have found shelter in our church buildings in Kolozsvár/Cluj and have become our helpers in organizing aid efforts directed to Odessa in southern Ukraine. The Odessan families delivered aid to hospitals in Odessa and Lubashivska on 26 March and 16 April. The total value of these two shipments, consisting mostly of medicines and medical supplies, was $13,128.

Launch of a Ukrainian Kindergarten Class

A particular highlight of our charity work was the launch of a kindergarten class for Ukrainian children at the Unitarian Nursery School in Kolozsvár/Cluj on 5 April. Two refugee mothers we are hosting in Cluj have played a prominent role in recruiting qualified kindergarten teachers from Ukraine and then in running the class. Due to space constraints, we can only accommodate 20 children for 5 hours a day. This initiative not only benefits the children but also allows their parents to take up part-time jobs or run errands. Please find out more here. 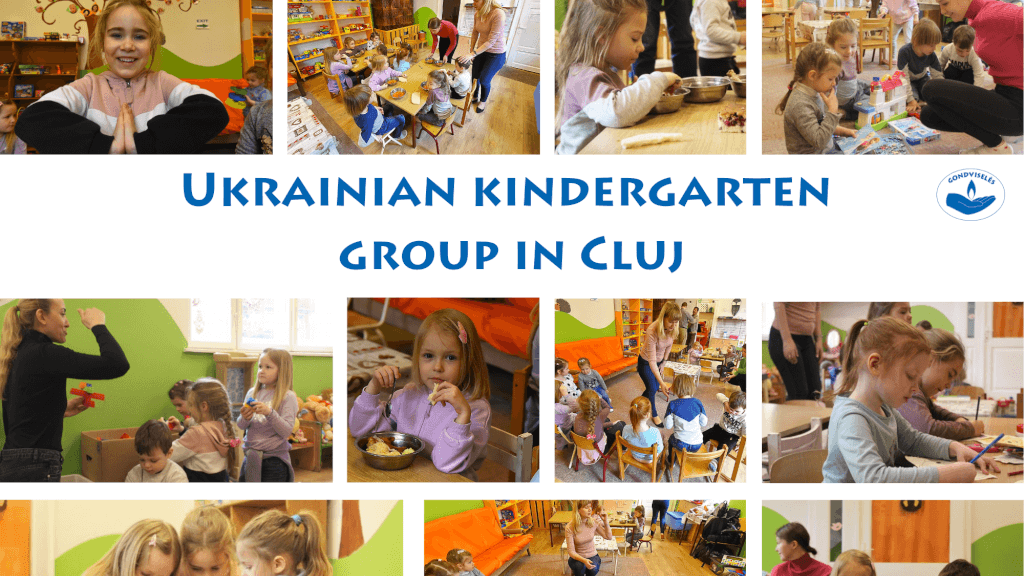 Accommodation, Meals, and Other Services for Refugees

Since the end of February, we have hosted several Ukrainian refugee families in Cluj. We are currently providing safe shelter for 40 people in church properties and in private accommodations made available to us. In addition to accommodation, we also provide meals, in-kind donations, medical examinations and medicines, assistance in job search, counseling, and other administrative support. Many refugees have become our organizing partners; thanks to them, we are able to engage with the growing number of Ukrainian refugees in Cluj (currently around 1,000 families) and their communities in their home country directly and effectively. We have also prepared additional shelters in 12 municipalities across Transylvania, where we can welcome refugees as needed.

We are also providing financial support for afternoon activities organized for Ukrainian children at a Reformed (Calvinist) congregation in Cluj. These activities are organized every afternoon from 1 to 4 pm and include arts and crafts, puppet shows, sports, etc.

Since most of the activities for Ukrainian refugee children in Cluj are addressed to children aged 3 to 10, Ukrainian refugee teenagers have felt a bit neglected. They have been attending English and sports classes at our school and have occasionally taken part in online Ukrainian lessons; however, there are no structured, regular activities for them. We are encouraging them to start organizing themselves and we are planning to create a Ukrainian Youth Club, with weekly meetings and sports/educational activities. Their newly created group already has 35 members.