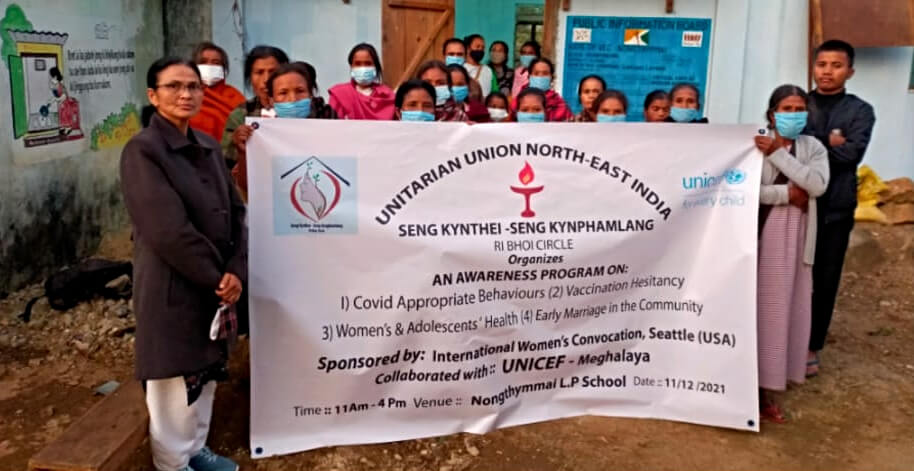 Program resource persons included Dr. Keshav Sharma from UNICEF, Dr. B. S. Pohsngap and Dr. P. Wankhar, Medical Officers of Nongthymmai PHC, Government of Meghalaya, and Smti Bibisha Kharnaior, a Member of Iaineh Self-Help group. The event was also attended by Shri Marki Passah, President of the Unitarian Union of North East India (UUNEI), members of the Dorbar Shnong (the Village Council of Nongthymmai, Ri Bhoi District) and the Raid Madan Kyrdem (the cluster of villages under the jurisdiction of Madan Kyrdem). For the benefit of all concerned, the proceedings were translated into Khasi by the project team leader, including the Q & A sessions.

Dr. Keshav spoke during the first part of the day. He reminded everyone of the importance of vaccination and maintaining Covid-appropriate behaviors. He urged people to get vaccinated because that is the only way we can protect ourselves. 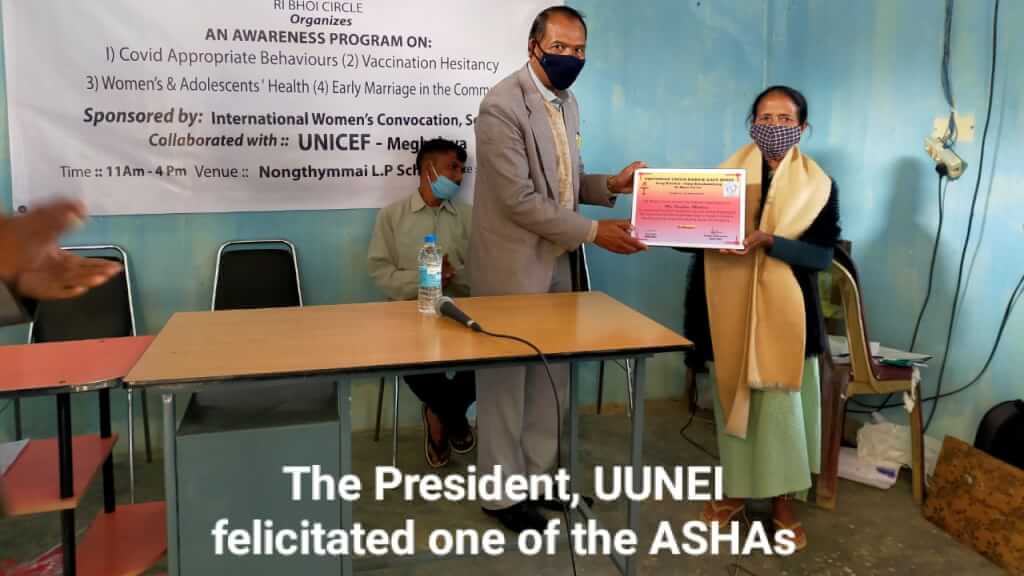 After the lunch break, UUNEI President Shri Marki Passah welcomed everyone to the second part of the session, delivering a passionate speech of encouragement and blessings on the day. He congratulated one of the selfless and dedicated accredited social health activists (ASHAs) of the area, Smti Brotibon Mukhim, who had been decorated with a State Award earlier for her distinguished service. Mrs. Kharnaior, who also represented UNICEF, gave a beautiful testimony on vaccination hesitancy and how she had encouraged many people to shed their fears and get themselves vaccinated. Many attendees who had hesitations about the COVID-19 vaccine expressed willingness to get vaccinated soon; then and there, they were introduced to medical professionals for vaccine follow-up. 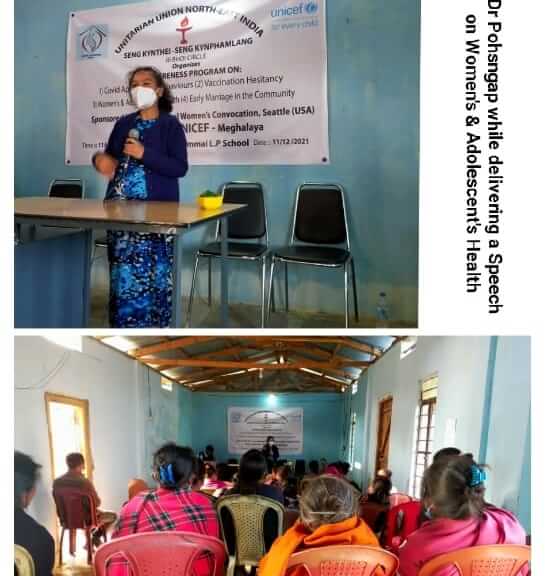 Dr. P. Wankhar spoke at length about adolescent health and the protection of children from sexual offences, and Dr. B. S. Pohsngap discussed women’s health and hygiene and the effects of underage marriage on society. Parents and adolescents were also made aware of reproductive health considerations.

Project team leader Mrs. Mukhim summarized the informative presentations and recommendations. Parents were made aware that it is illegal to get their children married before attaining the age of 18 for girls and 21 for boys, and that there is a jail term, a fine, or both if any such crime is committed.  Underage marriage has increased in the past year as schools were shut down and online teaching started. Most students were left out, with no access to classes and lessons. They were exposed to too much use of mobile phones, causing a detrimental effect. Due to an uncertain and difficult situation, many young people, especially those in high school, dropped their studies; subsequently, they took up work in the fields to help their parents.

I personally feel that this is a burning issue which needs to be addressed by all stakeholders: the family, the church, and the government alike.

Parents were encouraged to sit down with their children to talk about their life and future, especially when they start puberty and undergo successive physical and mental changes. Parents were made aware that this is an important step to reassure their children of their support and genuine friendship. 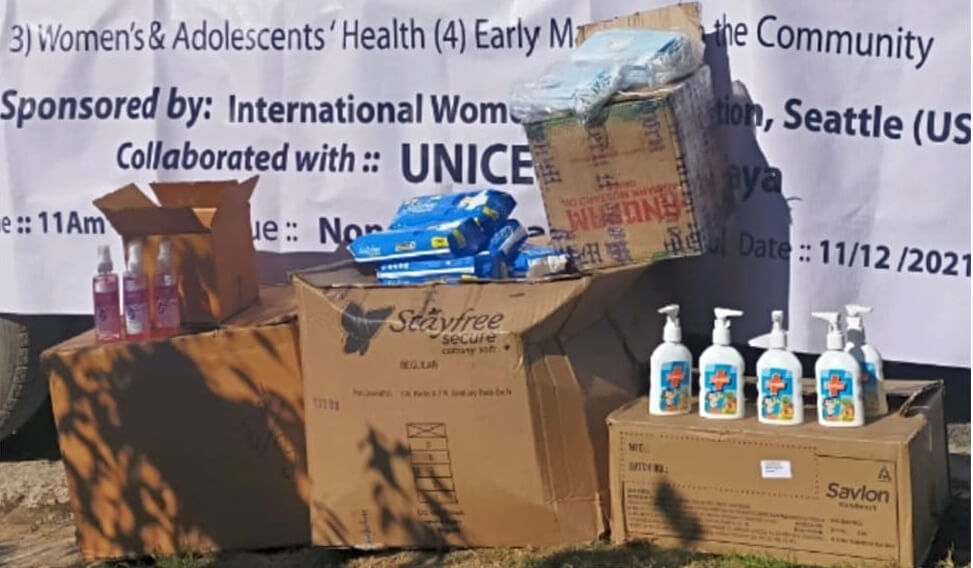 The program came to an end with a vote of thanks from the Secretary of Dorbar Shnong, Nongthymmai. He expressed his gratitude to the Unitarian Union through the Seng Kynthei, Seng Kynphamlang, Ri Bhoi Circle for conducting such important program for the benefit of people who reside in rural areas especially, and offered the support of the Dorbar Shnong for future collaborations. Several members of the Mawblang Unitarian Church, including Shri Jrin Nongrum, Shri Ribat Mynsong, and Smti Brotibon Mukhim expressed their staunch support of and appreciation for the work of Seng Kynthei and wished its members more powers and wisdom.