The UN-sponsored Generation Equality Forum in Mexico City, held online from March 29 to 31, 2021, unveiled the Global Acceleration Plan for Gender Equality. The plan – to be launched at the follow-up Forum in Paris at the end of June – represents the draft roadmap to speed up progress on gender equality.

The annual UN Commission on the Status of Women has monitored progress since the 1995 World Conference on Women in Beijing, but it has not given the Women's Movement new energy. A new Forum, with meetings in both the Global South and the Global North, could re-energize the Movement and also engage younger women.

COVID-19 has not only exacerbated gender inequalities worldwide but forced last year’s postponement of the Gender Equality Forum. The health crisis disproportionately impacted millions of women and girls and reinforced the urgency of setting new goals to accelerate progress. As the world begins to rebuild after the Covid-19 pandemic, the call must be made to put gender equality at the heart of recovery efforts. 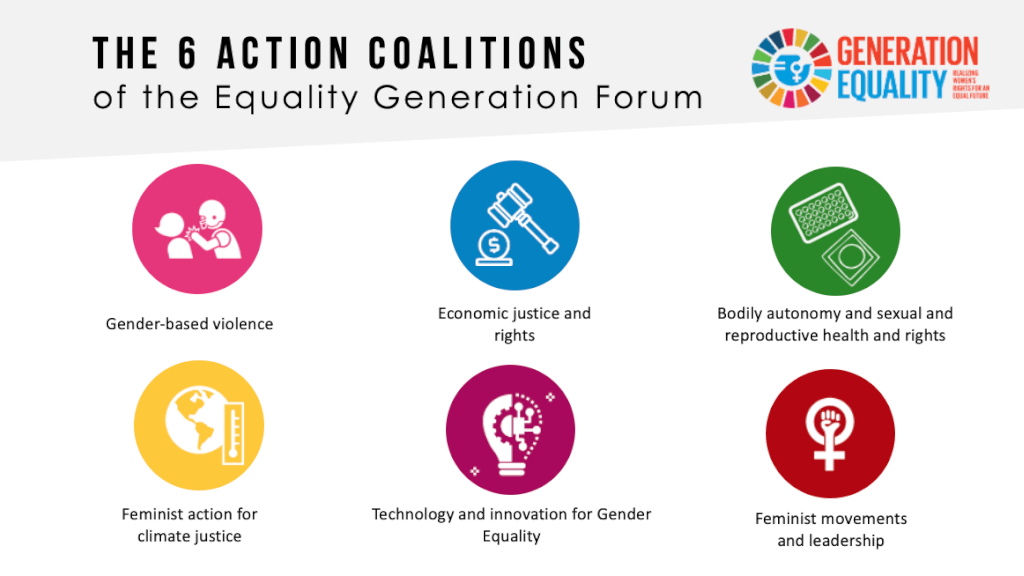 Panel discussions were held on the six themes; they involved ministers from countries around the globe, heads of non-profit organizations, and other activists. Goals to be accomplished in the next five years were set in each area.

On leadership, UN Women noted that a quarter century after Beijing, women hold about 25 percent of leadership positions, both public and private. Resources for gender equality are underfunded and women need access to finances and economic empowerment. On gender-based violence, one bit of progress since Beijing was noted: 75 percent of countries now have laws to criminalize domestic violence, a major increase since the 1990s. But the need now is for implementation, along with more women in public leadership and in parliaments.

The Forum also announced major commitments from government and corporations to support efforts at gender equality such as:

- $15 million from the Ford Foundation to the Equality Fund;

- and $10 million from Canada to the UN Trust Fund to End Violence Against Women. 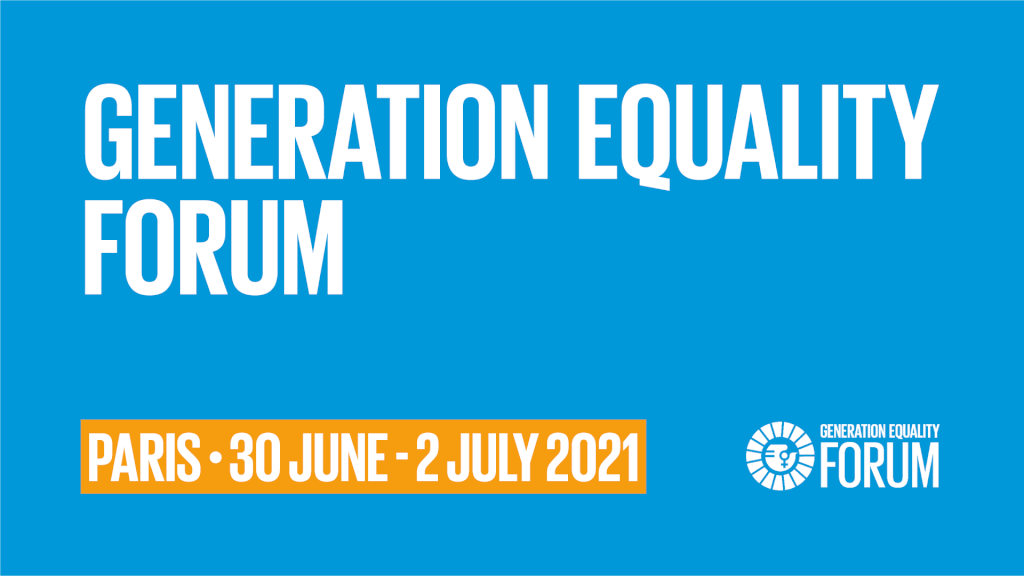 The final session of the Generation Equality Forum will be held online in Paris from June 30 to July 2, 2021. It will launch the Global Acceleration Plan for Gender Equality, announce concrete commitments, and strengthen intergenerational, multi-stakeholder partnerships to advance gender equality over the next five years.

Registered participants will have access to the Forum's digital platform, which will offer the opportunity to attend nearly 90 events featuring 500 panelists and to interact with tens of thousands of participants from around the world. Online registration through June 27 is available on the Paris Forum website.