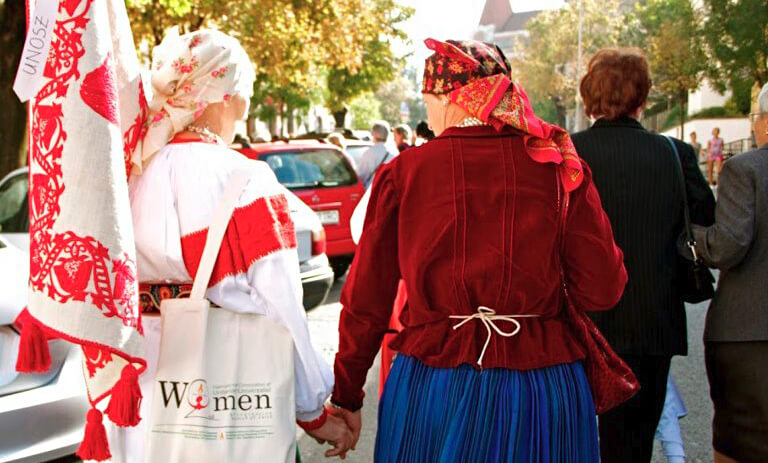 The Second International Convocation of Unitarian*Universalist Women was held in Marosvásárhely/Târgu Mureș, Romania, October 2012. Of the 250 registrants, 80% were from Eastern Europe: Romania, Hungary, and the Czech Republic. 13 countries were represented: women from Unitarian and other liberal religious groups in Belgium, England, France, Germany, India, Japan, New Zealand, the Netherlands, Scotland, and the U.S. One day 350 women joined the four-day event participants to observe the Annual Meeting of UNOSZ, the National Unitarian Women’s Association of Romania.

18 keynote speakers and panelists addressed the theme:  Keeping Your Balance in a Changing World. The Convocation was delivered in two languages:  Hungarian and English. There were seven major panels, all of which were simultaneously translated into two languages and made available to attendees via individual headsets. The program included small group discussions which established priority action areas and developed action plans to address the needs. Each small group met four times during the Convocation, led by facilitators who had been trained prior to the Convocation, from across the six districts of the Transylvanian/Hungarian Unitarian Church. In addition, 18 workshops were offered on a wide range of topics.

Convocation planners worked together on two continents over several years to plan this event. They sponsored a global fundraising effort that raised over $40,000 in scholarship funds. All attendees paid a portion of their costs, but charges were based on national GDP, and scholarships were offered to all those in need of assistance. In addition, planners received funding from the UU Funding Program to organize the small-group Global Sisters Process.

Convocation proceeds were used to support project initiatives in the top three priority areas established at the Convocation and to launch a groundbreaking Leadership School for women in Transylvania.